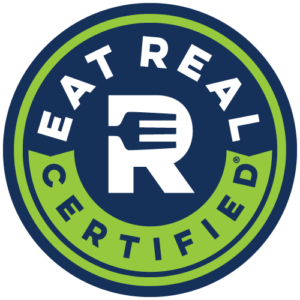 Eat REAL Certification in Schools is named as a 2020 World Changing Idea Finalist in the Food Category by Fast Company Magazine. Eat REAL is thrilled to be recognized and to be among other visionary organizations.

COVID-19 is showing us how critical our food choices are for our immediate and long-term health. We’re grateful to be able to help promote public health by partnering with schools to increase real food access and create a stronger real food culture.

April 28th, 2020 By the time the World Health Organization officially designated the coronavirus a pandemic, COVID-19 had already swamped northern Italy, reducing its formidable modern healthcare system to something resembling a MASH unit. The National Guard rumbled into New Rochelle, New York, to secure the perimeter of a viral hot spot. Universities began closing their physical campuses for the remainder of the academic year. The NBA, NHL, and MLS all suspended their seasons. Broadway went dark, the NCAA pulled the plug on March Madness, and businesses around the world told their workers to log in from home, with millions likely to lose their jobs.

Was it all going to prove too little, too late, this desperate, eleventh-hour race against a rapidly spreading virus? Surely you saw the chart—that ubiquitous graph of the epidemic curve, illustrating the role that a rapid response plays in mitigating death and destruction, reducing the giant spike of mortality, flattening the curve.

We have all since then borne witness to the effects of delayed response to a global crisis, have seen how much harder it is to contain the damage the longer we wait to act.

These days, every CEO and business leader seems to want to talk about their company’s purpose and mission. Last August, the Business Roundtable, which consists of CEOs from some of the world’s largest companies, issued a statement: It’s no longer sufficient for a corporate mission to focus solely on delivering more profits to shareholders; it must also aim to enrich the lives of its employees and enhance the communities where it operates. (A year later, we’re still awaiting prescriptions from that august organization on how to move forward.) The Roundtable’s message echoed the sentiments of Larry Fink, CEO of BlackRock (more than $7 trillion under management at the end of 2019), who called his 2018 letter to shareholders “A Sense of Purpose.” He urged CEOs to ask themselves: “What role do we play in the community? How are we managing our impact on the environment? Are we working to create a diverse workforce?”

But how many companies are actively engaged and deeply committed to flattening the curve when it comes to the climate crisis, social injustice, or economic inequality, which is only being exacerbated by the kind of global crisis we’re now experiencing?

As we reviewed nearly 3,000 entries for this year’s World-Changing Ideas Awards, we were thrilled to discover the breathtaking variety of ways that hundreds of companies are creating more equitable and sustainable business practices, but we were also disheartened to see so many other companies that do not appear to be taking strong enough action. If you’ve chosen to locate your business in a LEED-certified building or have commissioned a study to figure out how to pay women equally, you’re doing the right thing. Just don’t expect to win any awards for simply meeting a table-stakes level of equality or sustainability.

Here are some highlights from this year’s World-Changing Ideas Award winners. A massive 3D printer builds walls, expediting construction and lowering costs, and making homes more affordable. An electric engine for airplanes eliminates emissions from flights—and expensive fuel from the tricky financial calculus of the airline industry. A solar-powered refrigerator finally frees people in remote villages from daily treks to distant markets, transforming the economics of those households.

From creating a system to certify carbon neutrality to reshaping how we vote; from breaking Big Tech’s stranglehold on our hardware to empowering the disabled to modify their own home furnishings, this year’s winners have produced more than mere press-release rhetoric. They are all taking bold action to help flatten the curves that threaten us.

Projects changing what we eat, how we eat, and how we get our food. Read about the winner: a startup that sells ugly produce to businesses to drive down prices and carbon emissions.